Come celebrate Diez y Seis at Lala’s on Wednesday, Sept. 16th, from 4-7 pm. We’ll be handing out free crispy taco plates for all our neighbors in the community. I would love this opportunity to meet all of you and say thank you for all your support.

Thank you to Eddie and Laura Chabarria of Lala’s for all the support and preparing all the crispy taco plates.

Great turnout for the MAGA Rally & RNC Watch Party in Dripping Springs. Honored that RPT Chair LTC Allen West choose to attend this event instead of going to the White House. Let’s make sure we get an even bigger conservative turnout at the polls starting with Early Voting (Tue., Oct. 13th) through the General Election (Tue., Nov 3rd). And a special Thank You to the Wimberley Area Republicans (WAR) who sponsored this event.

END_OF_DOCUMENT_TOKEN_TO_BE_REPLACED

Features of the new location:

With the move there will be many more activities and a much more open office schedule. Volunteers will be needed to help operate the new office, as well as to help with existing and new voter engagement activities. Stay tuned for more updates and volunteer requests.

Last week DSCN published a well-intentioned and heart felt letter decrying the symptoms of racial strife. I agreed with much. Unfortunately, the letter ignored the actual problems. Everyone is saddened by the death of George Floyd in Minneapolis, but we must also add similar deaths in LA, Oakland, Baltimore, Ferguson, Missouri and Chicago to name a few. Over Father’s Day weekend 104 people were shot in Chicago and 15 killed. It appears all 104 were Black Americans. The dead included 5 small children. The weekend before it was 85 shot and 24 killed. Barely a mention outside of Chicago Media. Why did no one care about those Black Americans? What do all these deaths of Black Americans have in common?

END_OF_DOCUMENT_TOKEN_TO_BE_REPLACED

Click image or scroll down this page for Locations / Times.

Click image or scroll down this page for Locations / Dates / Times.

As we continue navigating these uncertain times, it’s important to remember that the small steps we are taking right now are helping to flatten the impact of the coronavirus in our communities down the road. I want to take a moment to thank all of our 25th District front line workers who are protecting our families and keeping food on our tables. From doctors and nurses working around the clock putting the well-being of their patients before themselves, to farmers and truck drivers keeping the supply chain moving day in and day out, we say thank you. It is because of your selflessness and commitment that we will make it through.

March 20, 2020 | Austin, Texas | Press Release Governor Greg Abbott today issued a proclamation postponing the runoff primary election until July 14, 2020 — the same date as the special election for Texas State Senate District 14. The runoff election was originally scheduled for May 26th, but has been postponed in conjunction with the state’s ongoing efforts to mitigate the spread of COVID-19. END_OF_DOCUMENT_TOKEN_TO_BE_REPLACED

END_OF_DOCUMENT_TOKEN_TO_BE_REPLACED 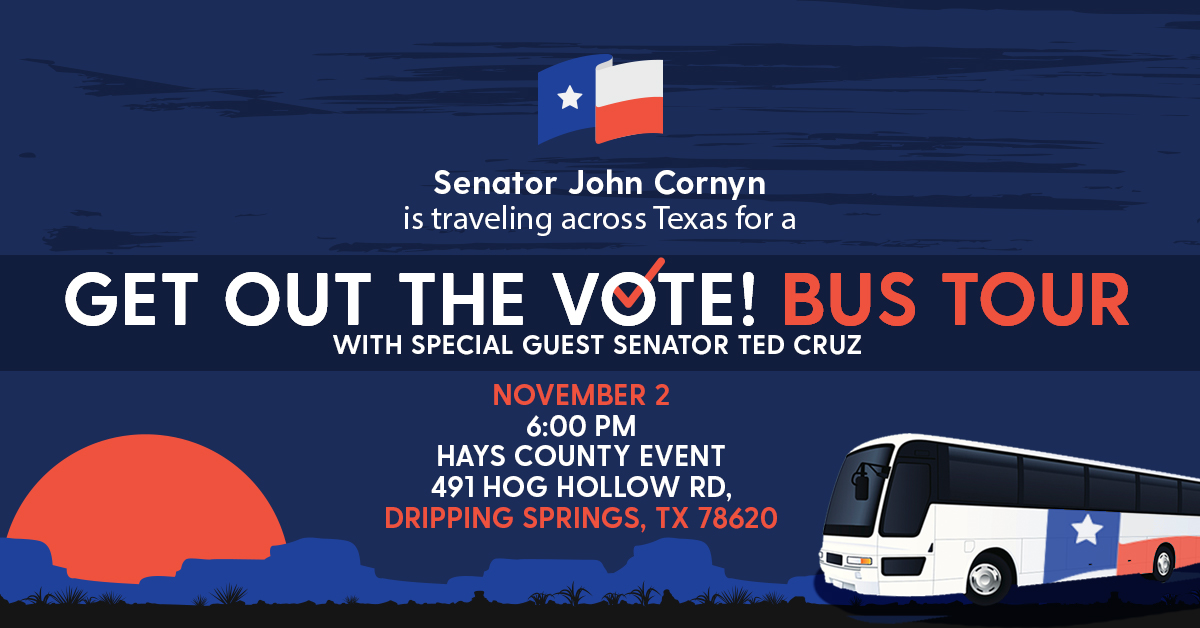